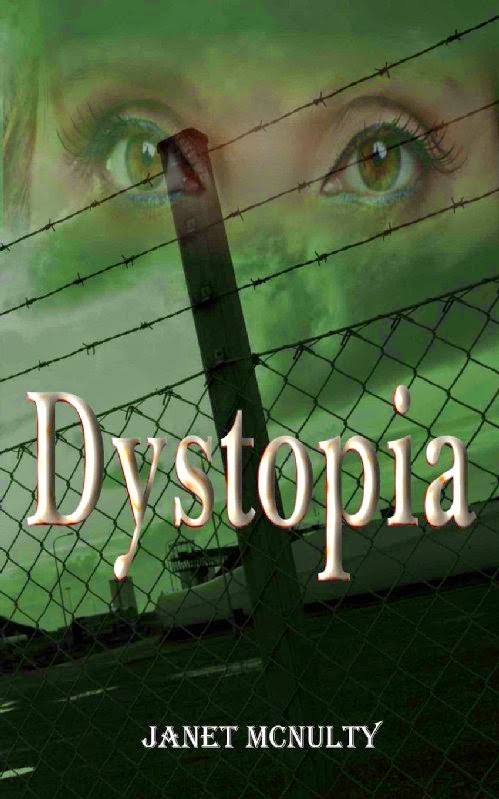 Summary: (from Goodreads.com)
Imagine living in a world where everything you do is controlled. In the distant future the United States has been split into two regions separated by a barren wasteland; this is the country of Dystopia. Here the individual is discouraged, freedom is an illusion, food is rationed, and everything you do is tracked by a chip implanted in your arm. This is Dana Ginary’s world.At age seventeen, people receive their career assignments chosen for them by a government body. Forced to work at the Waste Management Plant because she was declared too individualistic, Dana finds herself surrounded by death and brutality. Knowing her days are numbered, she looks for a way to leave the plant before she, too, becomes one of its causalities.It is then she meets a man named George and soon finds herself caught up in a cat mouse game between the resistance and the Dystopian government. Dana finds herself faced with an agonising choice of whom she will betray and whom she will save: her friend George, her parents, or herself

STAR RATING: 4.5/5
DESCRIPTION IN ONE LINE: I was at the edge the entire time and turned pages eagerly.

Title: Dystopia actually means an imagined place or state in which everything is unpleasant or bad, typically a totalitarian or environmentally degraded one. The title is highly appropriate for the book and conveys the general idea of the book completely.
Title Rating: 5/5

Cover: The choice of the grim colours depicts the plight of the people of Dystopia and the pair of eyes is the indication of the constant watching. Certainly an apt cover and we must say the cover designer is an expert at his/her field of work.
Cover Rating: 4.5/5

Characters: DANA : Our rebel girl who is a fearless girl and not afraid to voice her opinions. She has a strong character in the trained world where people are not allowed to speak up. She's the pure dystopian fiction queen with the guts to rule down the President. She's sensitive to other's problems and not in the least frightened to help.
GEORGE: He's our secretive guy who doesn't trust easily and loves our Dana in fatherly sort of a way. He is gutsy and headstrong to bring down the government.
DANA'S FRIENDS: Dana has gained trust among her friends and they are ready to help her out in a land where bonding is a crime. They are understanding, caring, supportive and have certain individual qualities.
Characters Rating:4.5/5

Review: For a young adult not being given the right to choose a career and casted off to a place where dying was as easy as losing a  pin is a nightmare enough, topped up with chips that keep tracking every activity might give us cramps. The story unfolds with the Dystopian backdrop giving the general idea of the living conditions and the life Dana lives at the waste management after being herself being cast off the society as garbage. She voices her opinion as the girl-who-doesn't-care and is humanly in the hollow programmed world. She is blackmailed to give away the Resistance in order to save the ones she cares for and does what she feels is right. Its only time that makes her realise that the Government is as fake as their promises and stands up to make things right.
Review Rating: 4.5/5

Appreciation: The plot, suspense and trust issues make the book a gripping read. I was at the edge and couldn't sleep till I finally finished the book after midnight.

Let Downs: Although I hate to point out but the sentence formation was a bit on the weaker side. The reason for this might be being a children's writer initially. A better grip on the complex sentences would make it the perfect read.

Final Verdict: The story is a mind engrossing and makes you read till the last page non-stop. It is highly recommended for the young adults and even adults as it makes a good read for day. As the length is not very long it might keep you a bit jumpy in the most exciting way.

Would I be reading more from JANET MCNULTY: Definitely. Since the moment I have finished this book I have been eager to jump to the next book i.e. Tempered Steel in the Dystopia Series. I hope to lay my hands on the next, as soon as possible.

To get your book reviewed you may contact me on:
Email: inextrica.sukriti@gmail.com
Facebook: Sukriti Goyal
Goodreads: Sukriti
Library Thing: My page
Book Blogs: My page
Posted by Unknown at 9:54 AM

Promote Your Page Too