Behind The Books with JANET MCNULTY : an interview 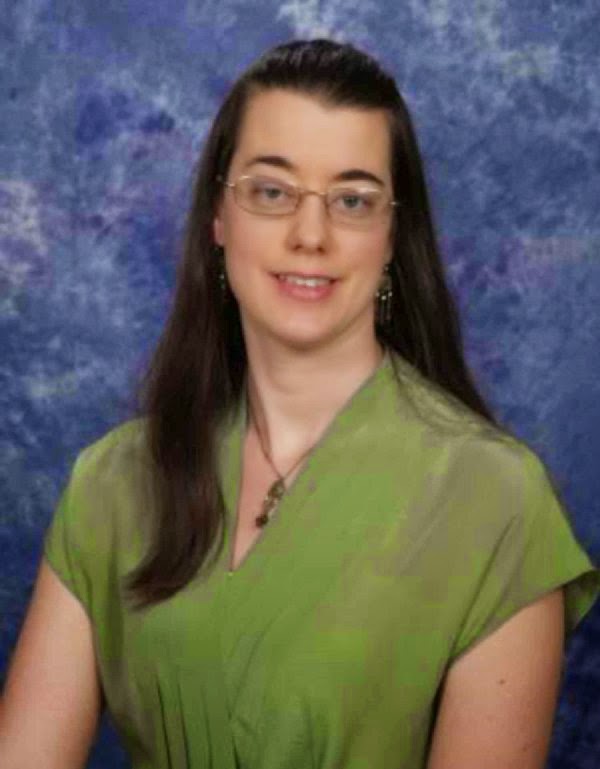 Today on our blog we have an author with us who gladly volunteered when asked for an interview. It's great to be able to know the real person behind the books i.e. the real brain stormer behind almost 3 dozen distinct works in her kitty. Every conversation that I've had with her she's been really helpful and down to Earth despite being such a well published writer. She'd been writing for children initially but now a days her science fictions, fantasy and mystery books are a sure lookout for voracious readers. Janet McNulty is the author for Mellow Summers series, Legends lost series and my favourite Dystopia trilogy. She has other works in the area of nonfiction as well and she loves to read, hike, sitting around and crotchet as pastimes at her West Virginia home. Here's our candid interview with the author:

1. What pulled you to be a writer in the first place? Was it an inspiration from someone?

Ever since I was a child, I had written short stories, most of which will never be published, and carried that love for writing into adulthood. It got put on hold as I went through college and attempted to start a career in museum work, but that never took fruition.

I had a friend in high school who dreamt of being a writer, and with his encouragement, I looked through my old drafts that I wrote in grade school and reworked them just for fun. However, he is the one who encouraged me to write my first novel.

2. The pen name of yours, with which you started the journey of writing i.e. NOVA ROSE has got me really curious. Why this particular name?

I chose that pen name when I published my first novel (Legends Lost Amborese) because I was also looking for a job at the time, and some employers frown upon an employee who self-publishes. I played around with a lot of names (Genoa Star, Michelle Roberts, H. A. Adams) but none of them had a ring to it like Nova Rose does. I really liked it and went with it. However, when I started writing full time, I decided to just publish all of my books under my own name.

3. You wrote books for children and middle grade. Why the concept of DYSTOPIA out of so many fiction idea possibilities?

I have always liked dystopian genre books and am a fan of George Orwell’s 1984 and Animal Farm. The idea of a world gone bad and all of the “what if” scenarios that follow it has always fascinated me. I’ve been watching current events on the news and decided to write a “what if” story about what our world could look like in the future.

Dystopia itself actually started out as a short story, called Peace and Tranquillity, which I had written while still in high school. When I went to college it got put away in a box, and I later found it a couple of years ago, read it, and thought to myself, “Hey, this could work as a novel.” And I ended up writing a series.

4. Any character that you wish was a bit different than the way you have actually created them?

I think I would have liked to have made Sanders slightly different, but I’m not sure how. POf course, the more I think about it, the more I like him the way he is.

5. Which is your best piece of work out of all the books you have written?

Asking an author that is like asking a parent which of their children they love most. That is a tough one. Though, I am partial to my Legends Lost series. It took me twelve years to write it and when you invest so much time into something, you become very attached to it. However, I have a feeling that my best is yet to come.

6. Share a secret with us. Who's the excellent cover designer?

That would be me. I had hired someone to originally illustrate the cover, but it always seemed to be missing something; it didn’t have that sort of creepiness that I was going for. So, I scrapped it and learnt to use Photoshop and designed the cover myself. I’m surprised at how well it worked out, but I really like the cover and the covers of the other two books in the series.

7. Shed some light on your upcoming works.

There is a book that I am finishing up which is scheduled to be published in December: Solaris Seethes. It is a cross between science fiction and fantasy, but is an adventure story. It will be the first book in a series. 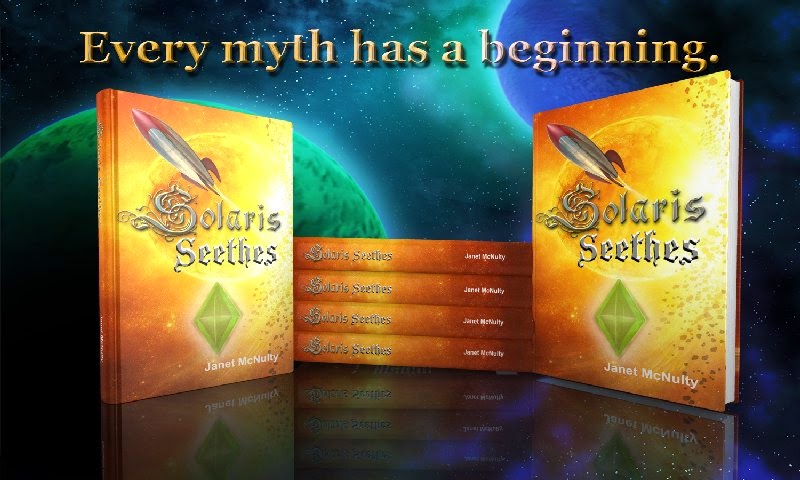 8. A note for all your fans who have grown to love your books immensely. (Me being one of them)

I want to say that I appreciate all of the support that my fans have given me and I hope that they find my works enjoyable.
The only other thing I would say is, prepare for an adventure in space when my next novel is released.

It was a pleasure getting to know Janet and here's the link to her official website: http://www.mcnultyjanet.com 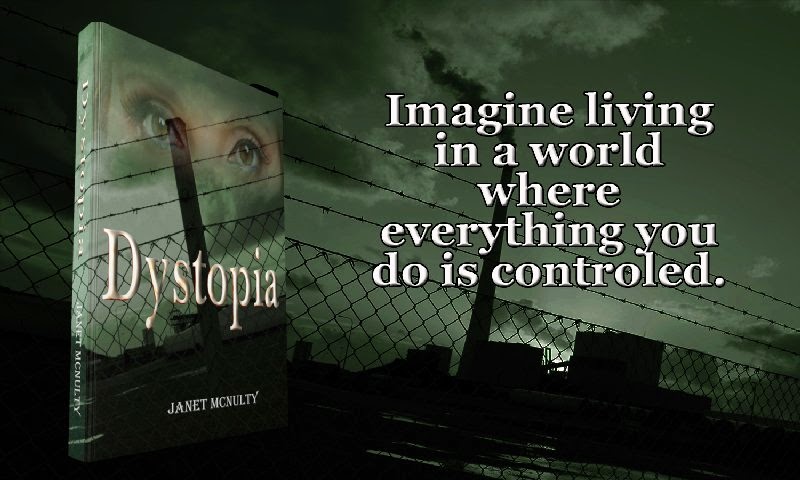 You can also find my review for one of her books here: Dystopia. I'll be reviewing more of her works when I get the chance.

You can Buy Janet McNulty's books from amazon.com. This link redirects you to her amazon.com page where all her works can be found out for purchase or gifts.

**This material cannot be copied or used without the author's permission. This is an authentic interview and the link to author's own blog is here www.mcnultyjanet.com**

To get your book reviewed you may contact me on:
Email: inextrica.sukriti@gmail.com
Facebook: Sukriti Goyal
Goodreads: Sukriti
Library Thing: My page
Book Blogs: My page
Posted by Unknown at 4:06 AM

Promote Your Page Too